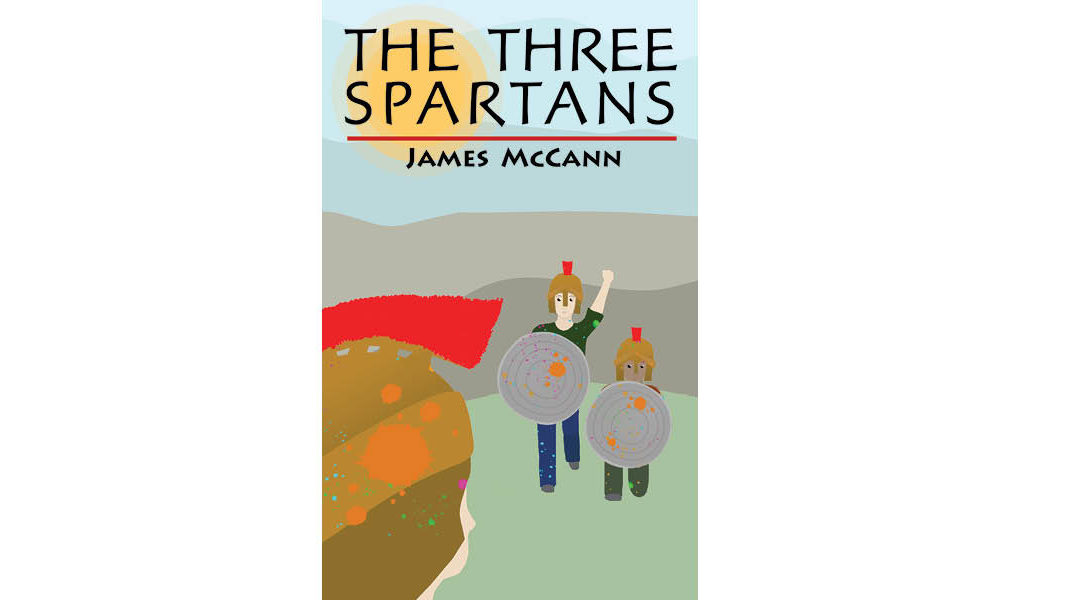 We’re heading into the dog days of summer, which is always a bittersweet time. While it’s sad to see the days get shorter, it is the perfect time to introduce you to the latest Crwth book, The Three Spartans by James McCann. For adult readers, this story may take you back to your own childhood. Remember those summers when the days stretched out as yours to pack with adventure? You left the adults at home to do whatever it was adults did all day and became a free-range creature.

I remember epic games of kick the can as the sun set over the neighbourhood, pine cone wars, taking off on my bike for hours and getting into all sorts of sweet trouble.

Summer can be a glorious time for free-range kids, a time for them to forge lifelong friendships and discover their strengths. For some kids, though, the lack of adult supervision can result in misery. When they’re out in the world on their own and encounter a bully, it can be tough to know what to do.

That’s what happens to the main character, Arthur (Art), in The Three Spartans. Art’s nemesis, Zeke, finds out that earlier that year Art puked on a water slide. Soon all of the kids in the small town of Birch Bay know. Arthur is crushed. He loves his summers in Birch Bay tooling around with his best friend Lea. But now that he’s known as the kid who puked, he figures he’ll spend his summer in hiding.

Lea convinces him to change the conversation. She talks him into challenging Zeke to a weekend-long paintball war.

And so the fun begins.

Lea and Art pull together a team of kids to fight on their side of an epic paintball battle that will be talked of into the ages (or at least until the end of the summer).

James McCann beautifully captures the high stakes game, and the bravado of these amateur warriors is pitch-perfect. The Three Spartans celebrates that magical period in childhood when imaginative games can flourish because children gain the agency to world-build independently and they’ve not yet left the world of make-believe behind.

The Three Spartans will be available October 15, 2019.