An Interview with Kristin Butcher 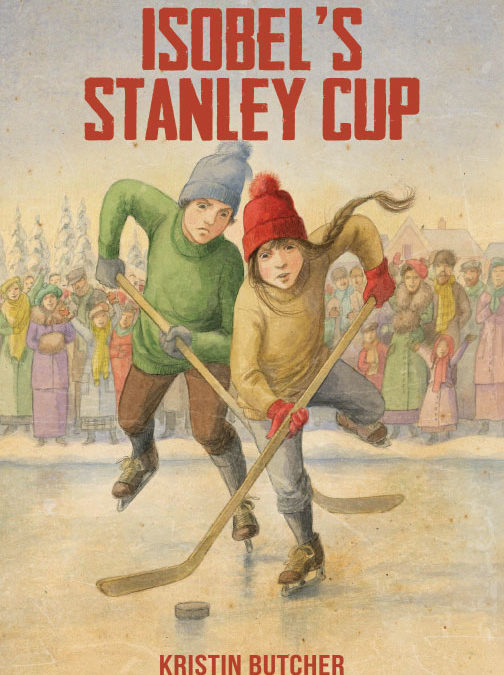 We recently had the opportunity to ask Crwth author, Kristin Butcher, a few quesitons about her upcoming book, Isobel’s Stanley Cup and her experience writing historical fiction for young people.

Crwth: What exactly about Isobel Stanley inspired you to write this story?

Kristin: To begin with, I was gobsmacked to learn that a substantial number of females were playing hockey in 1893. Then when I discovered that the daughter of Canada’s then Governor General was the organizing force behind it, I was very impressed. But the deciding point came when I saw a photograph of a women’s hockey game—and there was Isobel Stanley, dressed in white and standing out from the crowd. That’s when I knew this was someone I needed to know more about. What better way than to write about her?

Isobel Stanley is the player in white. Public domain photo.

Crwth: Why did you choose to write about a fictional character rather than about Isobel Stanley herself?

Kristin: I had initially wanted to write about Isobel Stanley and her association with hockey, but as I started to do research, it became clear that I wasn’t likely going to find enough “truth” to build a story around. So I did the next best thing. I wrote about a little girl with the same first name who idolized Isobel Stanley.

Kristin: Historical fiction is my preference when it comes to reading. It takes me places I’ve never been during times I’ve never lived. For me, those are the best stories. Naturally, writing historical fiction for children would have been my first choice too, but that’s harder to sell to publishers, so I have mostly set my stories in the contemporary world. There is generally more research involved with writing historical fiction, but the real trick is to present the story in such a way that readers don’t feel overwhelmed with unfamiliar things. The clothing, speech, technology, and ways of life of the era the story is set in must seem as familiar as the readers’ own world. You don’t want to dump a pile of information on them, so you have to get sneaky. It is a challenge—but a fun one.

Crwth: Was there ever a time in your life when you wanted to play a sport or do an activity that was not deemed to be appropriate for girls?

Kristin: Fortunately for me, I was raised in a family that encouraged me to pursue my dreams. My parents’ motto was: If you want something badly enough, you will make it happen. The impossible just takes longer. I had a brother and a sister, and we were all treated the same. So when I struck out into the world, I had no sense of inequality. If I ran into it, I have no recollection.

Crwth: In your video, you share a beautiful pair of vintage skates that originally belonged to your mother-in-law. Did you ever talk to her about skating or playing hockey? 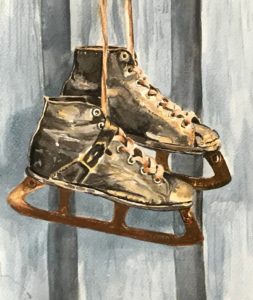 Kristin: The skates were something I tripped upon when clearing out my mother-in-law’s house after she died. It wasn’t until I was writing Isobel’s Stanley Cup, that I began asking my husband about them. I knew they had been his when he was a little boy, but I thought they had belonged to his father before that. He soon set me straight. His mother taught him to skate, and those vintage skates had been hers when she was a little girl. I wish I had asked her about them. She was a stay-in-the-background kind of a lady, but there was no doubting that she had gumption.

Crwth: Do you play hockey or skate?

Kristin: This is where I laugh hysterically. I can barely stand on skates. I don’t swim well either. My husband is an excellent skater and swimmer. As are both my children. I made sure of that. I didn’t teach them, but I felt sad about all the fun I missed growing up, so I ensured my kids took lessons in both. Like their father, they are exceptional athletes. As for me—I’m the biggest sports fan.

To learn more about Isobel’s Stanley Cup, visit the book page on our website.